Lead designer Marsha Matta is continuing to work hard on the redesign of the Fort Vancouver Mobile app, in preparation for the app's public launch on June 9. Note here that we are transitioning from a fixed horizontal design, to a mixed-orientation design, in which the mobile device primarily will be held in a vertical orientation but that users also will have the opportunity to turn the device horizontal for some activities, such as watching videos.
Marsha wrote today to say she also is considering a new variation of this design, using the stockade gate as the primary symbol, instead of the bastion, but those designs will need to be posted later. Right now, what we have is three variations of the opening screen (the one users reach when they press the launcher icon on their home screens). ... Look carefully at the button/menu placement, appearance, icons, etc., as we also transition into a carousel effect, suggested by John Tobiason of the National Park Service. With this approach, users will be able to enter a module selection arena and swipe the screens, to carousel through interactive narrative options.
By the way, lead web developer Joe Oppegaard, also has been working very hard to make this new design possible. He simultaneously has been building the coding framework for such an approach, incorporating Sencha Touch, and we are getting close to publishing a prototype code design to house this new work by Matta.
But for now, let's focus on the designs below. What do you like? Not like? Suggestions for improvements? Please post below. 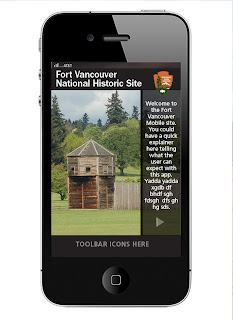 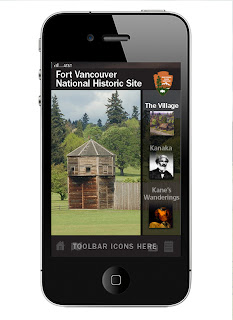 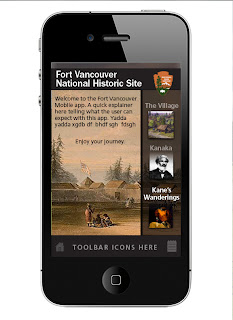 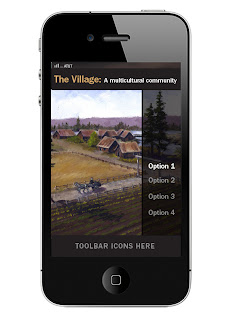 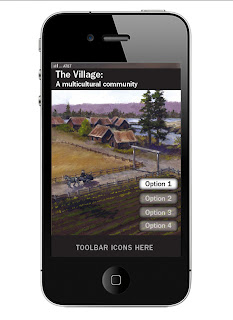 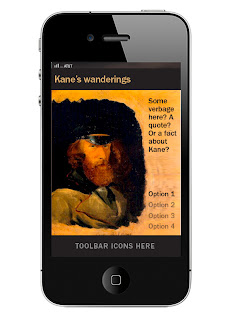 Posted by Brett Oppegaard at 10:29 AM