As we continue to spread the word about the Fort Vancouver Mobile project around the country, I (Brett) was in St. Louis, Mo., last week, giving a presentation on aspects of this project at the Conference on College Composition and Communication. This conference, which attracts about 3,000 people, also offered a Research Network Forum, in which I was able to serve as discussion leader for two sessions, while also talking about the FVM project in depth to a variety of interested parties informally as well. In short, the trip was a great success, and many more people learned about the project, including some of you who might be reading this now. For those newcomers, welcome, and please let me know if you have any other questions.
Posted by Brett Oppegaard at 10:54 AM No comments: 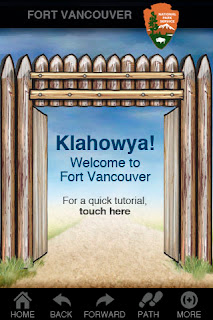 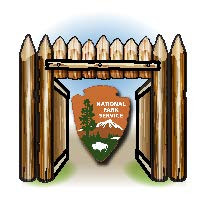 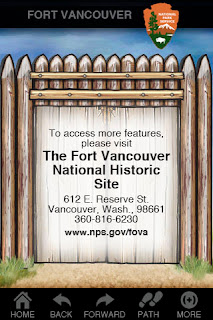 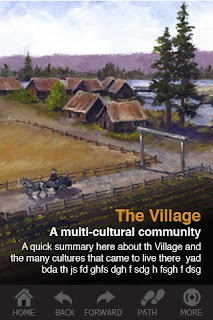 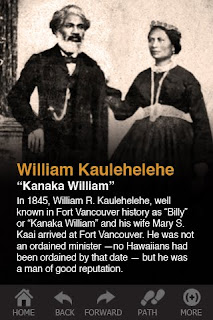 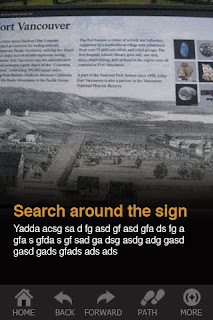 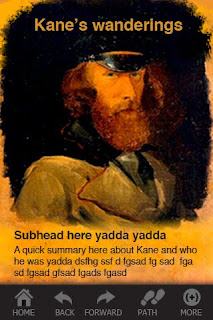 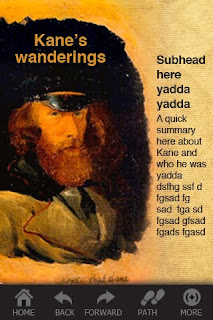 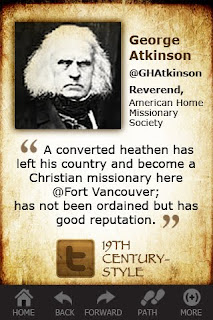 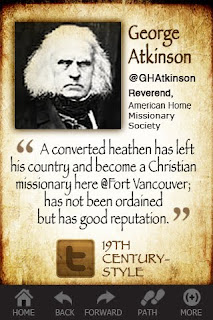 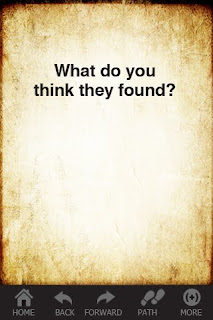 Comments on any of these are encouraged and appreciated. Just post below.
Posted by Brett Oppegaard at 10:47 AM 2 comments:

FVM content partner Dr. Richard Old recently released his independent plant identification app XID (Expert Identification System) in Google Play (formerly known as Android Market; have to say, by the way, that I like the Android Market name better). ... Anyway, our goal in working together is to eventually bring a Fort Vancouver version of this system to the site, maybe integrated into a gaming format, that helps visitors to learn of the flora in the region in fun and engaging ways. Richard is off to a great start with XID. Congratulations!
Posted by Brett Oppegaard at 5:26 AM No comments:

These three are part of animations, splitting the initial experience into two main paths (one for people at the site and one for people away from the site; for those away from the site, the gates don't open, so those users see that they cannot reach the geolocated media gold, but they still can use the menu buttons to reach off-site material, or the haversack; we are calling this section of the app the FVM geo-fork): 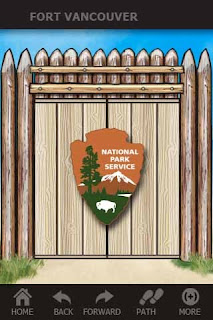 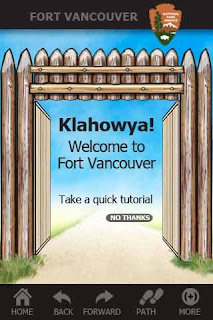 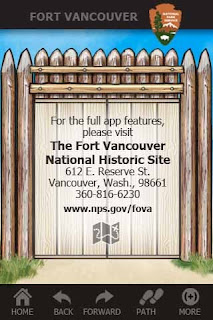 The Tobiason turntable is reached through the "paths" button, in which swiping screens lead to different modules, one of which is the Kanaka (or native Hawaiian) module. Here is the opening path screen, the Kanaka turntable screen and a mock Kanaka search screen (showing users how to reach the next point of geo-gold): 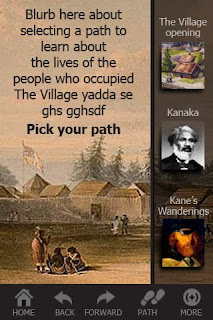 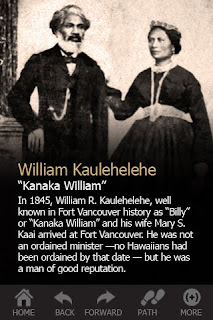 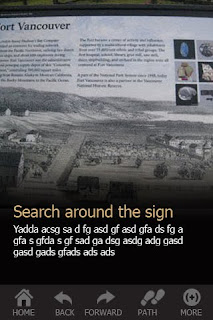 Marsha also sent over these suggested tool bars for the bottom section of the app:

Comments, feedback, ideas, criticisms? What do you think of these?
Posted by Brett Oppegaard at 8:54 PM No comments:

Next iteration of the launcher icon ...

We like the way the Fort Vancouver palisade and gate could symbolically open up the app to visitors, so lead multimedia designer Marsha Matta has created this array of potential launcher icons. What do you think? 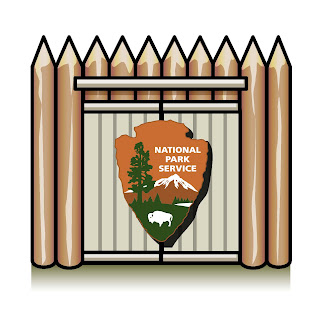 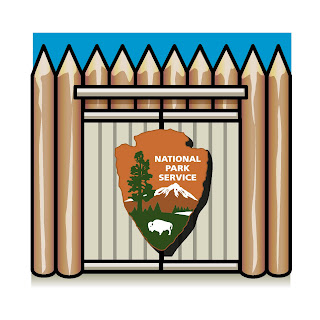 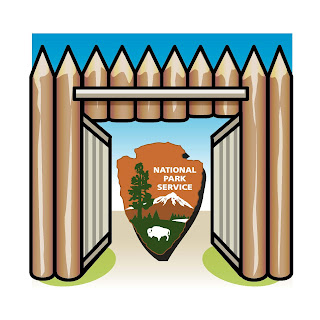 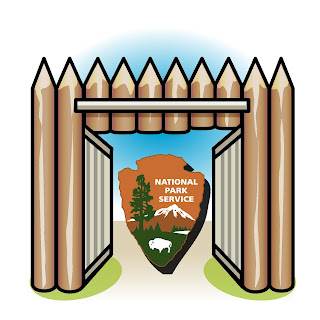 Posted by Brett Oppegaard at 8:42 PM No comments:

Getting Out the Word in Las Vegas & Washington D.C.

This past week, I (Greg) had the honor of attending and presenting at the 2012 Annual Partnership Convention for the Association of Partners for Public Lands (APPL) in Las Vegas.

APPL is a membership-based association of nonproﬁt organizations operating under formal agreements with government land management agencies, including including the National Park Service, US Fish and Wildlife Service, Bureau of Land Management, US Forest Service, Bureau of Reclamation, US Army Corps of Engineers, US Geological Survey, and many state, regional, county, and municipal parks and forests. The mission of APPL is "to foster stewardship and appreciation of public lands and historic sites through eﬀective partnerships." 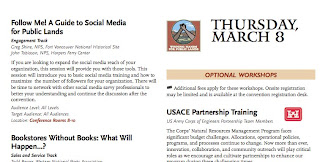 John Tobiason, the NPS' talented social media specialist at the Harpers Ferry Center, and I presented a session on social media and partnerships. To our excitement, we had overflow attendance, despite our late afternoon time slot, and folks kept us an additional hour and a half with engaging questions and discussion.

Although our presentation focused primarily on best partnership practices via social media tools Twitter and Facebook, I was able to discuss briefly the benefits of agency/university partnerships (as differentiated from agency/cooperating association and non-profit partnerships) and use the Fort Vancouver Mobile Project as a nontraditional model of sustained collaboration benefitting the public good.

From the unsolicited comments and feedback I received from attendees -- including members of the NPS Directorate in Washington D.C. -- the FVM project and partnership is on radar screens and fast becoming a national model for mobile interpretation. The FVM was even recently discussed at the White House, as part of the national Let's Move! initiative. Good times!